The Washington Post has published a new set of slides regarding PRISM, revealing more details about the National Security Agency’s controversial surveillance program and how it operates.

The new slides, which come nearly a month after former NSA employee Edward Snowden leaked classified documents to the press about the program, appear to confirm that the NSA and FBI have the ability to perform real-time surveillance of e-mail and stored content.

The slides also seem to contradict denials from tech companies such as Google, Apple, Yahoo, and Microsoft about their level of participation in the program. The program "uses government equipment on private company property to retrieve matching information from a participating company, such as Microsoft or Yahoo and pass it without further review to the NSA," The Washington Post reported. (...) 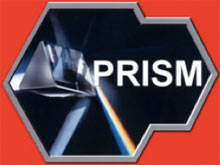